Networking as a driving force for a culture of prevention 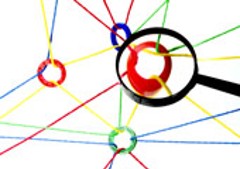 Action Alliance for Safety and Health at Work: International Strategy Conference as a Platform for a Dynamic Joint Prevention Culture

“Networking” – how is that supposed to work? This is the question that so many participants might have asked themselves at the start of the 3rd International Strategy Conference on Occupational Safety and Health that took place in Dresden from 6-8 February, 2013. The event’s motto was “Networking as a driving force for a culture of prevention” and so it was no surprise that so many were willing to get actively involved in the live process of networking and to work out new ways to create a dynamic joint prevention culture. In the end, participants agreed on a joint strategy with action points; specific implementation plans; and points of contact for the following topics: prevention culture, health investment and Vision Zero.

The conference was organised by the German Social Accident Insurance (DGUV) in co-operation with the World Health Organization (WHO), the International Labour Organisation (ILO), the International Social Security Association (ISSA), the European Agency for Safety and Health at Work (EU-OSHA), the International Commission on Occupational Health (ICOH) and the Inter-national Association of Labour Inspection (IALI). In total, 135 experts from 29 countries participated including specialists representing industry, public health, media relations and education. This year for the first time we also warmly welcomed participants from Israel, India, Malaysia, Hong-Kong and Mauritania. The conference proper was opened by Dame Carol Black. As the UK’s first National Director for Health and Work she set in motion the debate concerning the health and well-being of people of working age in Europe.

At the previous conference in 2011, there was a demand for better integration of OSH into other policy areas such as health, education and media. As such, networking of policy areas was the focus of the 3rd Strategy Conference and the event provided participants with opportunities for cross-policy exchange of ideas on the topics of “Accidents/Vision Zero”, “Health and Well-Being at Work” and “Diversity”. This process was illustrated in a hands-on fashion with the help of a large installation which captured the working results from each of the work phases.

The next ports of call for implementing the action plans for the topics of prevention culture, health investment and the Vision Zero strategy are the International Symposium on Culture of Prevention in Helsinki at the end of September 2013 and the XX World Congress on Safety and Health at Work – Global Forum for Prevention in August 2014 in Frankfurt.

Here (PDF, 1.9 MB) you will find the information whom to contact with your contribution to the roadmap Dresden – Helsinki – Frankfurt.

A selection of pictures will give you an impression of the key moments of the 3rd International Strategy Conference.